The main legal issue in the case was the determination of the duration of the infringement period. The Supreme Administrative Court found, after consulting the Court of justice of the European Union, that the restrictive effects to the competition of the cartel ceased to exist when the contract was concluded.

Background to the Case

Eltel Networks Oy and Empower Oy are major players in the construction of high-voltage electricity transmission lines in Finland. In the beginning of 2000’s they engaged in illegal cooperation in the design and construction market of power lines.

The Finnish Competition and Consumer Authority (the “FCCA”) initiated an investigation after Empower Oy had provided it with information and evidence on the cartel’s operations. The FCCA found that the companies had agreed among themselves the prices, margins and distribution of contracts pertaining to future power line projects from October 2004 to March 2011. Consequently, the FCCA submitted a proposal to the Market Court to impose a fine of 35 million euros on Eltel Networks Oy and its parent company Eltel Group Oy (together “Eltel”) on 31 October 2014. Empower was exempted from the fine because it revealed the existence of the cartel.

Eltel objected to the claim arguing, among others, that the FCCA’s action was time-barred. The last project affected by the cartel was based on an invitation to tender published on 16 April 2007. Eltel submitted its tender on 4 June 2007 and the construction contract was concluded on 19 June 2007 between Eltel Networks Oy and the customer. Eltel submitted that the limitation period began to run from the date on which the tender was submitted or, at the latest, from the date on which the contract was concluded. Eltel held that after these events the price tendered or agreed in the contract no longer had any effect on the market.

On the contrary, the FCCA submitted that the prohibited form of coordination lasted until the date of the last payment (7 January 2010), since the contract implementing the unlawful pricing was still in force at that time. In the alternative, the FCCA claimed that the reference date should be the date on which the works were completed (12 November 2009). Even in the latter case, the proposal had been submitted within the five years limitation period prescribed in the Finnish Law (today Section 19 of the Competition Act 948/2011).

The Market Court found that the proposal was submitted too late and rejected the claim. The FCCA appealed to the Finnish Supreme Administrative Court (“the SAC”) which decided to ask for a preliminary ruling from the Court of Justice of the EU (“the CJEU”).

Judgment of the Court of Justice in case C-450/19, Kilpailu- ja kuluttajavirasto

The CJEU has held already in 1976 in Case 51/75, EMI Records, that in order for Article 101 TFEU to apply to a cartel that is no longer in force, it is sufficient that the cartel continues to produce its effects after it has formally ceased to be in force. In the circumstances of the case at hand, the SAC observed that the moment when the effects of the cartel ceased to exist was one of the following:

The CJEU was in favour of the second option and reasoned the outcome as follows: “in the case of conduct prohibited by Article 101(1) TFEU, which consists in the manipulation of a tender procedure for the award of a public contract by means of the fixing by competitors of the price to be submitted for that tender and/or the award of the contract, the restrictive effects of the cartel on competition disappear, in principle, at the latest at the time when the essential characteristics of the contract, and in particular the overall price to be paid for the goods, works or services which are the subject of the contract, have been definitively determined, where appropriate, by the conclusion of a contract between the successful tenderer and the contracting authority, as it is at that moment that the latter is definitively deprived of the opportunity to obtain the goods, works or services in question under normal market conditions.” (Paragraph 35 of the judgment, bold added).

The CJEU specified that a distinction must be drawn between the restrictive effects of the cartel on competition (ground for a penalty payment) and the resulting wider adverse economic effects on other market players (ground for damages, possibility to challenge the legality of the tender or to have the contract terminated) (paragraphs 37 and 38 of the judgment). Thus, the limitation period for the latter redresses may start at a later stage than the moment of concluding the contract.

The precedent of the Finnish Supreme Administrative Court

The SAC gave the final judgment in the case on 20 August 2021. As regards the facts, the SAC found that all the essential characteristics of the contract, including the total price, had been definitively determined when the contract was concluded on 19 June 2007. The SAC also stated the FCCA had not provided other evidence of a continuation of the cartel after that date.

The proposal of the penalty payment was made by the FCCA to the Market Court on 31 October 2014, i.e. more than seven years after the conclusion of the contract. Since the proposal was not made within five years of the date on which the violation ended, the SAC dismissed the proposal as time-barred.

With the benefit of hindsight, one may ask, why to reveal such an old cartel. However, the interpretation of competition law in these circumstances was ambiguous, which is apparent from the need to ask for the preliminary ruling from the CJEU. The existence of ambiguity in this regard was a bit surprising because there have most probably been several earlier investigations of cartels no longer in force where the question could already have risen.

The devil hiding in the details of this case is the finding of the CJEU that the limitation period for an action for damages may start to run at later stage than the limitation period for a penalty payment. According to Article 10(2) of the Damages Directive 2014/104/EU (transposed in Finland by means of Act 1077/2016) limitation periods shall not begin to run before the infringement of competition law has ceased and the claimant knows or can reasonably be expected to know of the behaviour and the fact that it constitutes an infringement of competition law. In the future, we may see how this provision will be applied in practice. 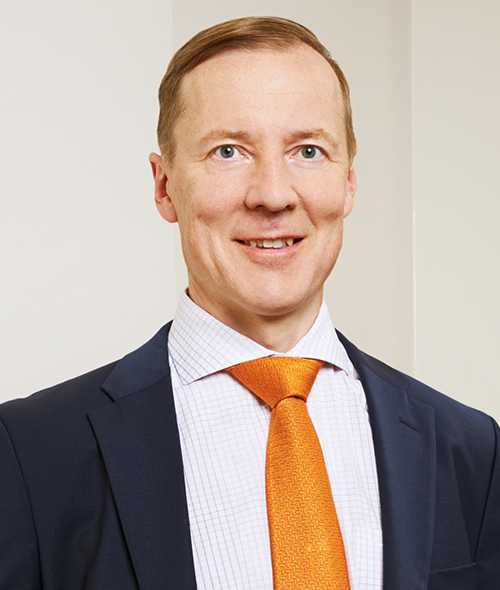